About Camp Pioneer at Massawepie…

Camp Pioneer is the traditional Boy Scout summer camp at Massawepie Scout Camps. Camp Pioneer features a superb staff providing merit badge and program opportunities. Younger Scouts will find plenty of advancement opportunities, including the TrailBlazer program for first year campers. Or use Massawepie as your base camp for a wide variety of canoe and backpacking treks throughout the 2.5 million acres of forever wild Adirondack Forest Preserve.

Camp Pioneer offers both patrol cooking and dining hall camping. The distinctive combination of a wilderness setting, friendly and experienced staff, state of the art facilities, and innovative programs makes Massawepie one of the crown jewels of Boy Scout camping.

You will not want to miss Massawepie’s unique honor camper program, BarkEater.

Join us this summer and be a part of the “Adventure of a Lifetime!” 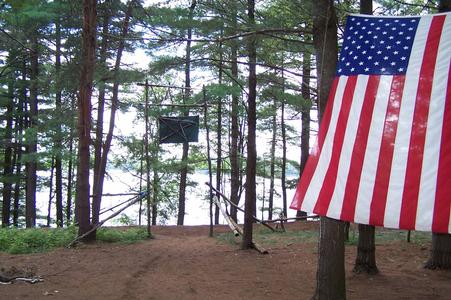 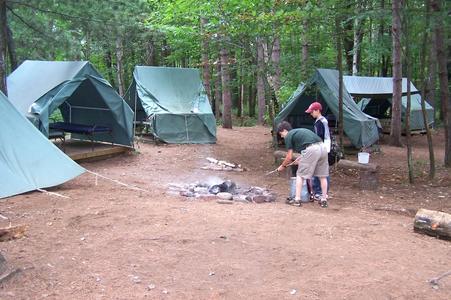 For the past 60 years, Troop 31 has been an active participant of Massawepie BSA Camping, outside Tupper Lake in the Adirondack Mountains of New York.  We are one of the original troops who were present at Massawepie Camp opening and have been attending every year since. This District was originally made up of nine troops that were organized and resided in the Highland Park area of Rochester and had a Troop represent them each week that the Camp was open during the summer. The group of troops was originally called the "Highlanders". The tradition of the Highlanders has folded and no longer exists.

Camping at Massawepie is an excellent opportunity for younger and older scouts alike to have fun and to complete advancement opportunities.  First Year Scouts are able to participate in the Trailblazer Program which vaults them on their way to achieving the Rank of Tenderfoot, Second Class, and even complete some First Class rank requirements.  All other scouts have the opportunity to work on and complete between three and five merit badges per week. Scouts 14 years of age and the Rank of Star are able to participate in a special program called "Mountain Fox."  Mountain Fox is an off-base program for the Scouts to experience Rock Climbing, Challenge Hike, Whitewater Rafting, Overnight Camping, and Canoeing all within one week.  Even older boys have the opportunity to plan and go on a week-long Trek into the High Peaks of the Adirondack Mountains.  Summer Camp funding is available to all scouts who have participated in the Tree Sale. If you are interested in Summer Camp, please contact the Camping ASM at Camping@troop31bsa.org.  Forms will be posted in February for the upcoming Summer Merit Badge Program.